BACK TO OUR BLOG
NGO & Advocacies, Office Culture

Bringing Out the “Fun” in Fundraising: Evident’s Experience in the GivingTuesday Movement 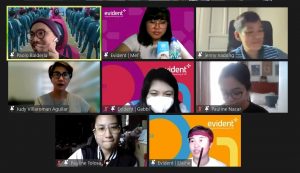 Fundraising activities are usually seasonal, specifically peaking during times of disaster. But people in need can’t afford to wait for assistance. Their situations worsen every moment that passes without aid.

So why can’t generosity become a norm, rather than a seasonal occurrence?

GivingTuesday is a movement that began for this exact reason: to normalize generosity and make it part of everyone’s life; not just when disasters strike. The challenge is to make people realize that being generous does not always mean directly donating money—it can also come in other forms such as volunteering in charity organizations, selling trendy or handmade items and donating the proceeds, raising awareness for a cause through art and content, and organizing fundraisers.

We at Evident Integrated Marketing & PR chose to join GivingTuesday by starting our own fundraising campaign, with all proceeds going to AHA! Learning Center—a Philippines-based nonprofit organization that brings world-class educational support to public school students.

Our campaign invites our team members as well as other companies (and even clients) in our network to put the “fun” in “fundraising” by having a good laugh to raise funds for AHA!’s educational programs.

Our fundraising activity is divided into four tiers, with each tier contributing to the overall target amount of PhP 100,000.  We will donate this to AHA! so they can use it to buy school supplies and other educational materials for their project communities.

Tier 1 of the campaign involved members of Team Evident playing a series of games called Pusit Games—our own take on the Netflix hit series, Squid Games. We had a total of five games. Players could only proceed to the next game if they “survived” the previous game.

In this simple challenge, players needed to assemble their Heng De face shields within 60 seconds.

Those who were successful in “Oo o Heng De” may have felt that they bit off more than they could chew in the next round. The second game was our own challenging take on “Chubby Bunny”, where we had players eat crunchy crackers instead of the usual soft marshmallows. The participants who had the most number of crackers in their mouths after 10 rounds proceeded to the third game.

Game 3: Forget About the Price Tag

In 60 seconds, players had to find an object with a price tag on it, and completely remove the price tag.

The fourth game was a familiar and deceptively simple one: players had to successfully flip bottles (with water up to ⅓ of their total capacity) at least ONCE within 60 seconds. 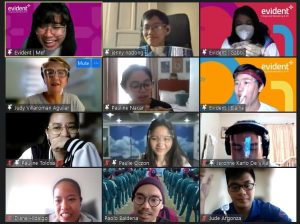 The final game involved five multiple-choice trivia questions, but with a twist. Players needed to use a needle to carve their answers on Graham crackers instead of simply writing or saying them.

In the end, the players who survived all the way to Game 5 and successfully answered the questions were declared winners of the Pusit Games.

Regardless of who won or lost, the Pusit Games was a fun-filled activity that not only entertained everyone involved, but also raised money for a cause.

As of 16 February 2022, our campaign has already raised PhP 16,000, peaking at PHP 5,000 on a single day. And this was mostly achieved through internal efforts and word of mouth! The team at AHA! Learning Center has also been expressing their support and excitement for our efforts, which encourages us to keep going.

We’re now moving on to the next tiers of our efforts, which will involve not just our own team, but clients and partner organizations within our network as well.

If you’d also like to join in on our efforts for GivingTuesday and AHA! Visit our donation page here.